It is so very important to listen to customers and really hear what they’re saying. I made a portrait quilt top (not quilted, so it could be hung in a frame) for a customer who wanted to give it to her husband for Christmas. She described it as he’s in the military and she wanted something beautiful and unique featuring this photograph of his squadron. 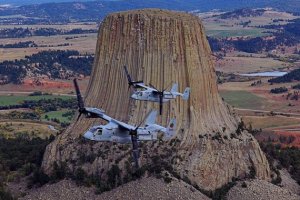 I heard her… until I saw the picture. Dude! That’s the mountain from Close Encounters of the Third Kind! The one the kids were drawing and the guy made sculptures of because the aliens would land there. How cool that this is an actual real-life landmark! I’m such a sci-fi geek. And my first pattern draft focused on how awesome the mountain is… until I realized that I wasn’t focusing on what’s really important to the customer.

It doesn’t matter what I think is important (or cool!) in a photograph. It matters what the customer wants to feature. So I scrapped my drawing of the mountain in all its glory, which hides the planes quite well… and swapped that for a plain stripped fabric which brings the focus back to her husband’s squadron. I think it’s well done. 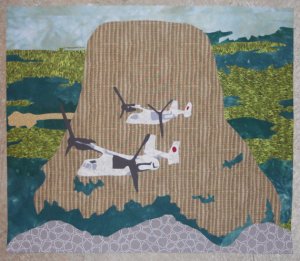